June 23, 2020
As a boy Mahbub ULLAH felt the spirit of change for Bengalis from the Pakistani Army.  When he came to the UK he was attacked racially.  His mother died of Covid-19.  Currently he is shielding. 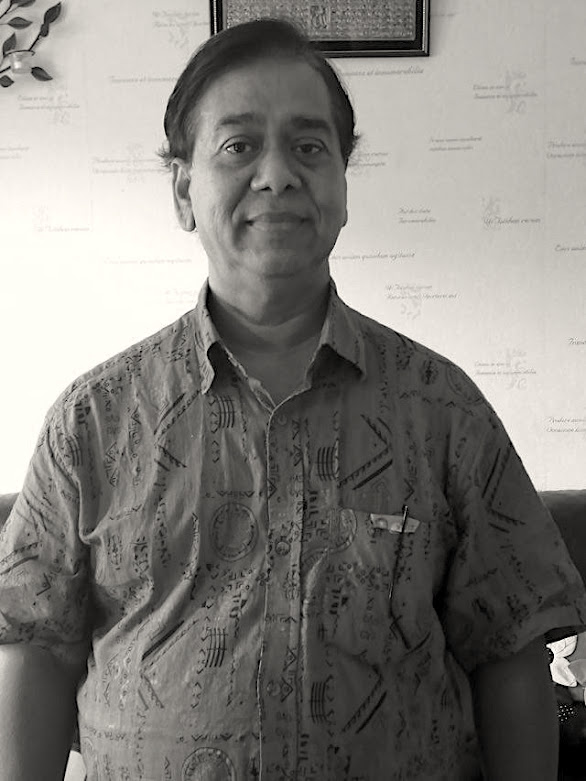 Mahbub was born in Bogra, one of the districts in Bangladesh. His father’s engineering job, brought him to Dhaka, the capital city. He was brought up with five brothers and four sisters. He was part of a typical middle class Bengali family at the time. Thebvalue of education was central to this household. He emphasises that:

Mahbub was 7 years old when he was exposed the reality of the liberation movement for Bangladesh in 1971. He has seen people being shot dead and stabbed in front of him. He personally ran away from the Pakistani Army when they came to his village.

‘Luckily me, my brothers and sisters have survived. I have seen, in my own eyes, how people were killed by the Pakistani Army.’

'The way they use to talk to us and their attitude. We were treated as subordinates. But, we were happy politically, and emotionally because we were a pro-democracy movement. We were extremely happy and over the moon!’

Between 1972 and 1984, the expectation was high but the hope did not last long for him and his family.   They would not think about going out of the house in the evenings because they were afraid of being killed and kidnapped.

STUDY IN THE UK

Mahbub’s wish was to be a nuclear engineer. It was this in mind made him think about visiting to the UK as a student. He enjoyed learning about physics and maths. He chose to study at  Queen Mary College, East London.

He could not carry on with his studies on these subjects. His father did not have sufficient funds to carry on paying for the course. Mahbub then changed it to Business Studies. He then completed PGC, MSc and so on.  He started doing his doctorate whilst being a part time lecturer at East London University. Having gained experience in Britain, he went back to Dhaka to teach.

‘One day I was picked up by a main road by a group of men  who held me at a gun point. They kidnapped me for money. Somehow I was lucky. One of those who was holding me, knew my elder brother. He then had a conversation with other kidnappers and they let me go.’

Mahbub had to pay them off and then he was released. His experience of being kidnapped and fear of being shot dead force to leave Bangladesh permanently.

Since moving to the UK, Mahbub lived in Lewisham, South London. His experience was not a plain sail. He was horrifically attacked by racists on two occasions. On both of the these occasions he was hospitalised.  Regardless of such experiences, he carried on establishing his home in Britain. He opened up a restaurant business and then got married. He had three children. His wife is a medical doctor. He realised that this business does not suit his family life.

‘You finish at half past 12 or 1am…By the time you go home everyone else is sleeping. When you come out, they are gone and you are sleeping. So I decided - no more restaurant please! I then started applying for normal jobs.’

Mahbub Ullah applied for hundreds of jobs. He was not getting not a single response from prospective employers. He decided to change his name through Deed Poll.

‘When I changed my name from Mahbub to Michael ULLAH, out of 100 jobs, I would get response from at least 60. When I had Mahbub ULLA, I had 0 response; if I had Michael ULLAH, I had 60% responses.’

He is now a health project worker for the NHS. He feels he has never been happier.  He sees local residents when they come to his hospital. He advises them to stay safe and have good health.

He emphesized that if he had not changed his name, he would not have been able to get to where he is.

‘My mother died of Covid-19. She died on 12 April...A lot of friends have lost their loved ones. Even today, this afternoon, one of my very close friends - his mother died.’

There is stigma attached to talking about Covid-19 and deaths in the community. Mahbub says that:

’A lot of people don’t like to talk about their parents who have died due to Covid. They are lying about the cause of deaths.’

Two people had no health conditions states Mahbub. Yet, they faced fatality.

Mahbub has underlying health conditions. He suffers from high blood pressure, diabetic and ashma. He has been classified by the British government as vulnerable.

‘I got a letter from my GP that I should be shielding for three months. I am shielding now. I don’t go out. I don’t do anything. Just staying at home.’

He and his family members are now spending time at home. They are keeping themselves busy by talking to people on the phone.

He would only go to the mosque during Eid. He could not go to mosques this time because they are closed. He says:

‘If they were open, people would have gone. They would not abide by the social distancing rules.’

He loves speaking to clients in person. Since the lockdown, everything he does is online. He keeps himself busy by giving advice to those who need support on Zoom, Microsoft Teams or WhatsApp. He is still happy that he is making an impact in the community.

MAHMUD ULLAH SHARES HIS CHILDHOOD MEMORY OF THE LIBERATION MOVEMENT, VICTIM OF RACIST ATTACKS IN UK AND MOTHER DEAD UNDER COVID