June 14, 2020
Abdulla Almamun plays a huge part in the local faith community by carrying on motivating volunteers to develop their confidence and morale during COVID-19. 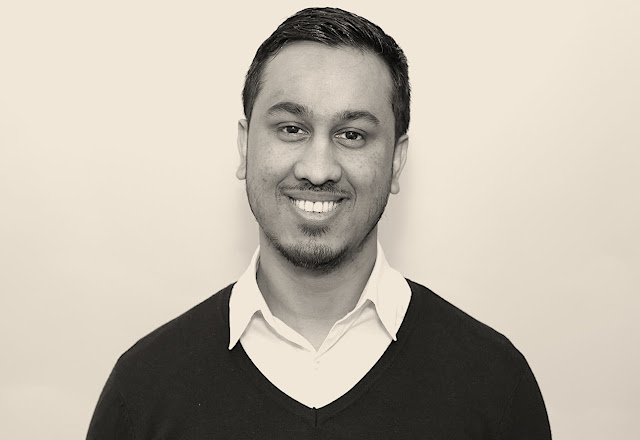 Abdulla was born in Sylhet, Bangladesh. He came to the UK in 1988 with  his family. Since then he was brought up in Whitechapel, Tower Hamlets, near East London Mosque.  He has three sisters and a brother. His father owned a factory and was involved in transfer of money business. His mother was a home-keeper. According to Abdulla  she made sure that:

‘we went to school, wake up, come back, go the local mosque, feed us, look after us.  We were fortunate, Alhamdulillah’.

He lived in the same five bedroom house with his family  until he was married.   He stepped out of Tower Hamlets when he decided to study at Kingsway College, Holborn.

His dad was active in the community and part of the local Labour Party. Abdulla goes on to say that:

‘Initially, I hated politics.  I wanted nothing to do with my dad. I don't want to see 10-15 people queueing up in the house. But I ended up being like my dad. He supported communities back home (in Bangladesh), helped to build village schools.’

In the 1990s, he would get together with other Bangladeshi boys to play football.  To him there was a sense of community where everyone was looking after each other. As time went on he observed that  many local residents were doing really well professionally. They were moving out to other areas such as Dagenham, Barking and Surrey.

‘Our forefathers worked in factories with low income as manual labourers, we are, Alhamdulilla, now in a better place. We are working, have nice jobs, professionals with nice houses and with a  big fat mortgage. However, we must not forget the community who are left behind in the (council) estates in Tower Hamlets.  There were three, four, five children living in two bedroom flats. Some of these flats were in damp conditions. It was really sad. Those who are left behind they are the ones we really need to support.'

Going to university has helped Abdulla to  develop his life skills, gain confidence, and see things differently. He met many ddifferent types  students.

Currently, Abdulla looks after volunteers for Islamic Relief. He looks after over 1000 volunteers by providing them with training and development. As part of his role, he meets Bangladeshi families from Glasgow, Bradford, Manchester and Cardiff.

'Majority of the Bengalis are doing well in East London. But those who are in Bradford or Sheffield, their fathers are still working in factories and catering trade and the children are in education and want to do well. Many of them are trying to get to where we are.’

'I was working from home because I injured by back. Obviously the news came then I realised that things were very serious. My manager was sending me lots of stuff to think about social distancing and how to safeguard our volunteers and what can they and can't do. So I was really busy during the week before, during and after the lockdown. I was writing reports, talking to stakeholders. In my mind I was constantly thinking about how to safeguard our volunteers.’

Although he and his wife were working from home, his wife commented that he was married to his phone. He would phone, Whatspapp and email all the time.  He also volunteers for Faith Inspire  time to get Muslims to physically and mentally be active by taking them to summer camps and keep them closer to their faith. He had to learn many things:

'Oh my god, how do you use Zoom. We can't go on Live Facebook. How do you do that? We had to Google it, learn it! Oh my god, we have to purchase this and that.’

'Bangladeshis are generally communities of families getting together, eating together, sharing things together. This has been a weird Ramadan where you are not allowed to see anyone or eat Iftar together. Even EID has gone and we have not come together. It was hard not been together.'

His faith, belief and family support have helped him. To him talking  to his wife has helped a lot  to deal with the stress of the change of working life. He also spoke to his siblings.

To Abdulla, the Covid-19 has brought communities together whereby Bengali and non-Bengalis have come together to support each other. He has been part of Tower Hamlets Mutual Group. By taking part in the group he learnt a lot of about how fortunate he is  because there are so many individuals who are all alone. To him:

‘It's about supporting each other.  If they are smiling, it makes you smile. It keeps me going. That is why I am motivated to make others happy.’

He has learnt and still learning to  cook curing the Lockdown, how to use different technology to get his message across to volunteers and the community quickly.

‘I miss going to the mosque. I missed imams and reciters during Ramadan. Don't get me wrong, you can pray at home. But you’ve got a community there. The Bangladeshi community is very social people. The mosque is a hub for people. Sometimes I might see some people once a year during an Iftar gathering. We are not going to have it this year.’