Jahangir ALOM was practising as a doctor in Leicester during lockdown. His experience of poverty in early life and lack of diversity in medical schools persuaded him to campaign for inclusive NHS. 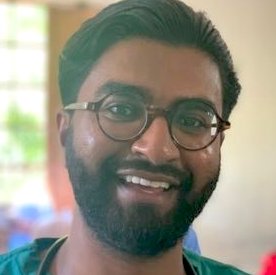 He was the first out of his nine siblings to have been born in London. He was born in the Royal London Hospital. Up until he was six years old, eleven of his family members lived in a two bedroom flat in Stepney Green, East End.

He was often suspended from school because of his behaviour. He did not enjoy studying. He went on to say:

‘But I started secondary school with very high grades. I was an over achiever in primary school. As soon as a hit puberty and became a teenager, it went downhill…At the time of growing up I had brilliant youth provision service in Tower Hamlets….If I had carried on with where I was going, I would have ended up in jail.’’

Youth workers around him encouraged him to run for the election for Young Mayor of Tower Hamlets.   In 2008, he became Young Deputy Mayor. In 2009 he was re-elected. As part of the Tower Hamlets  initiative, he was allocated to the Tower Hamlet’s Health & Well-Being Board. Through the board he found out that:

‘People of Tower Hamlets die seven years earlier than people a few tube stops down Jubilee Line in Chelsea and Westminster. As a fifteen, sixteen year old I thought to myself -  how come I will die seven years  earlier than (those) other side of London. What makes them different?’

A PATH AWAY FROM TOWER HAMLETS

He decided to study medicine as a way to improve the health & well-being of his community.

‘My dad will never gonna pay for this thing called the Internet. My dad did not have primary school education for him to understand and pay £25 per month, which is a significant amount of money for a working class family!’’

Jahangir used a USB dongle and ‘borrowed’ from a tower block opposite and learnt about medical career by reading on various student forums, and university websites to gather information to prepare his career path.

‘My school could not help (me) because they had not sent anyone to the medical school before. The teachers themselves did not know any doctors to help me…There was very little support.’

Jahangir’s best friend was in a similar position. They supported each other although neither of them knew what they were doing at the time. His friend wanted to study politics.

‘I sat the entrance exam. I cooked up a pretty good personal statement. I sent out hundred and fifty emails to various trusts across London to give me work experience. Of the hundred and fifty probably about four replied.’

Southampton Medical School was the only institution that made me an offer. He remembered going to the interview where other students turned up with their parents, dressed in suits. Jahangir turned up with the shirt he wore at the NRA at year eleven.

‘I just looked around the room thinking - bloody hell, is this what I am competing against?!’ I’ve got no chance. I must have impressed someone at the interview!’

In Sept 2011, he started his medical studies.

‘It was a massive culture shock for me. Trying to adjust; I struggled. I failed my first year of my medical school. I solely put it down to the fact that I could not transition from my family life to this new foreign environment.’

He could not cope with budgeting a large sums of money he received from the Student Loans Company. He had to cook for himself. He had to live independently.

After the first year he was not sure whether the medical career was for him. Instead of carrying on with studies, he joined PriceWaterHouse Cooper.

‘I found myself trying to make rich people even more rich. There was not much satisfaction in it. I am gonna give the medical school a go again…’

He went back to the school, felt slightly mature and prepared and got through the first few years. During his third year, he researched into under privileged students’ transition to medical school. He said:

‘the NHS would benefit hugely from these people working, representing, and serving the population…’

Jahangir then set up Widening Access to Medical Society in order for medical students to go out into under-performing schools and teach them about medicine and healthcare. These students would then consider not just medicine but going to university after secondary school and further education.

Medical Society, a student union equivalent for medical students at Southampton University, according to Jahangir:

‘was mostly for more ‘posh’ middle class white students who got together to have a good time.’

A  close friend of Jahangir at the school decided to run for the Society’s Presidential election. She said to him:

‘When I become President you need to come to these events. I said to her. Meds Soc is not for me. She then said to me: Why don’t you run and change it?’

He then ran against her. From his experience of running a campaign as Young Deputy Mayor,  he won the election to be President of the society. After winning it, he asked her to join the committee to make the society more inclusive.

As part of his medical training, Jahangir spent two years  in various posts every four months. In December 2019 when he first heard about Covid-19 he was working in the General Practice in Leicester.

Prior to lockdown, video consultation was slowly being introduced into the profession. As soon as the pandemic started, he was only doing video and telephone consultation.

Jahangir received an email from deanery (his trainer) asking him whether he would like to be redeployed to Secondary Care Intensive Care Unit, Respiratory Care or Emergency Medicine Unit. Jahangir already had Emergency Medicine experience from Leicester Royal London Hospital.  He replied:

‘Absolutely! As a clinician I don’t want to miss this once in a lifetime opportunity being on the front line during a pandemic! This won’t happen again during my lifetime.’

From then on he was doing one in two weekends at the A&E. At the same time:

‘We were watching people stockpiling, panicking. We were wondering whether it was going to affect us as doctors… at the local butchers in Leicester the price of food were going up.’

During the initial lockdown, the department he worked in was not severely affected by the inflow of cases. Hospitals in Birmingham and London were much worse compared to Leicester.  Then  further local lockdown in Leicester was announced. He felt that blaming ethnic minority communities for not complying with social distancing guidelines was not the way to go forward.

‘It did frustrate me. You can’t point that there is Asian population…for the number of cases going up. (Perhaps) The number of tests they were doing (have gone up) (or) the (number of) people coming forward for testing. I just don’t think it’s because of ethnic minority.’

‘My parents are elderly… Since I have become a doctor, I had blunt and honest conversations with my parents. If you do not abide by this (social distancing guidelines), you get coronavirus, you will die,’ he said to them.

He used words like ‘death’ and ‘dying’ for them to understand the severity of the virus. For his dad it’s important for him to go to the local mosque. To stop him from doing his routine activities, Jahangir had to be firm. He went on to say to them that:

‘During your funeral your kids won’t be there if you die from coronavirus. In a way I was trying to make the full impact and put fear in them.’